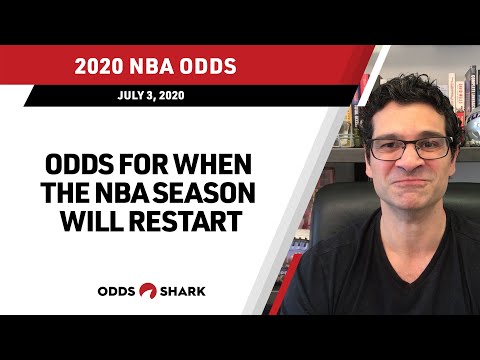 Hey all! I'm making this post as an open forum for the players of our game to discuss things and give us feedback for the game. I bet the Megagame Society would love it.
I'll be posting the summary of the game here within the next two days. It was fun. ~~The world at the end of the game became a dark and gritty cyberpunk terror state at the end of the game with a megacorp controlling the US banded together against the World Defense Force formed by the UN, and the country of Chad was the center of an excavation site for [REDACTED]. ~~ Here's the game epilogue:


The world fell into chaos after Allied Corp blackmailed the entire world with a plague that would kill everyone and everything it touches. (That is to say, the terror track was actually above 250. That's for you, Aliens, but the story is more important than the number!).
The UN held several special summits to officially band humanity together into a Global Defense Force. Armies and navies were immediately mobilized to fight the Allied megacorporation in Houston and Tokyo, however these mobilizations would ultimately fail as the corporation increased its stranglehold on its former host countries. Throughout the war, the covert ops of several nations managed to infiltrate several manufacturing facilities and acquire the formula required to fabricate their own cure.
After Brazil acquiesced to the alien request to hand over their Prior artifacts, the scientific community assembled and created a plan to distribute a vaccine to Earth's population. They plotted to modify the cure and distribute it throughout the water supply by means of the world's water filtration centers, along with airlifts to locations without such facilities. Trillions of dollars and hundreds pieces of Reticulan (alien) technology (in game terms, 88 credits and ~100 artifacts) were pledged by UN member nations in order to distribute the cure.
Since Allied Corp bluffed and claimed that their virus would kill them on contact, the aliens, actually an advanced race called the Reticulans, believed the megacorp to be their ultimate enemy: The Hive. The Reticulans of our game were a scouting group trapped behind Hive lines in the Sol System, cut off from any assistance from their Command, save for the occasional transmission back to Command to seek advice and receive additional orders. They knew that humanity was under the influence of the Hive, infected by their enemy's mastery of powerful Prior artifacts. These artifacts were technology created by an ancient but now mysteriously absent race called the Priors. The Hive used the Prior artifacts they captured to significantly advance their understanding of biological and genetic manipulation, turning humanity into a walking bio-bomb, and once Allied Corp announced their Plague, all of the pieces fell together in their minds (I assume).
Shortly after the deployment of the terraformers, the Reticulans received a Prior artifact from Brazil, began hurried research on it to develop a defense against the Hive, and left earth to be transformed into an alien paradise while the remnants of humanity fought Allied Corp. Unfortunately for the aforementioned paradise, the GDF quickly destroyed the terraformers once it was clear that the machines were incredibly harmful to Earth’s atmosphere.
Several years after the events of the game and spurred by rumors that they collected (again, I assume) during the game about an ancient base, the Reticulans returned to Earth to excavate Northern Africa, unearthing a massive World Gate created by the Priors that lead directly to the Hive homeworld. The Reticulans made a suicide run and after years of struggle, finally defeated the Hive.

SportsLine brings you premium real-time sports betting information, Las Vegas odds, picks and projections. Bet on your favorite sports with confidence. Monster money ahead for both fighters. Frank Warren, Fury’s co-promoter, says Fury and Joshua could each earn $60-70 million for the first fight and perhaps double for a second.Promotional largesse perhaps, but big purses in any case. Featuring two heavyweight champions from England, Joshua-Fury would be the biggest boxing event in British history.. Warren said it would rival England winning Basketball is one of the most prominent games on MegaPari. The sportsbook features tournaments from all over the world, including the USA, Europe, Africa and Asia. The following is huge, making basketball betting at MegaPari competitive amongst other games. Besides gaming, MegaPari has offers and favourable gaming options available for its customers. From sport’s welcome […] Betting on the game period spread, moneyline, or total (over/under) include any overtime scoring. 4.-2nd Half betting includes any overtime scores. Fourth Quarter betting does NOT include overtime scores. 5.-If a game goes to overtime, finishing with a tie all bet types will be valid. Basketball Rules MegaPari ice hockey betting platform boasts of anything between six and fifty different markets, depending on your choice. The game is available for betting pre-match and the live betting section. The most popular marker is the winner or 1×2 market, followed by a double-chance market. You can also go for winners in the overtime, handicap, both

How to Read Vegas Basketball Lines