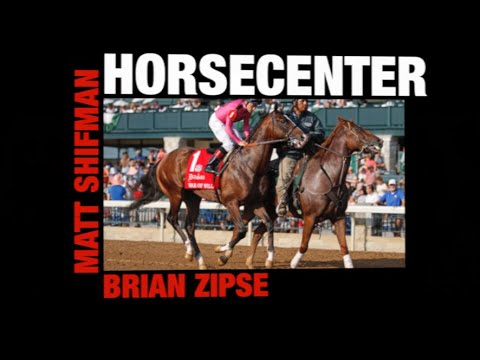 My Choices For Woodbine Saturday June 29

Previews of the United Nations; Ohio Derby and more


EDIT: Both Dividsero and Spring Quality has been declared from the race. So I will now use 5) Century Dream(12-1) to complete my tri box. I mostly bypass this horse because I did not recognized the trainer. But he learned under the tutelage of Sheik Mohammad and Godolphin Stables before going out on his own in 2014. He won 26% of his races in his first year as a trainer and has now added a European Mile Classic win to his growing list of accomplishments. Century Dream's sire, Cape Cross is best known in the states as sire of Ouija Board, who raced in the G1 BC &M Turf S three straight years and won twice and finishing 2nd once against solid fillies and mares. His broodmare sire, Echo Of Light was a G2 winning miler in Europe but stretched his speed to 1 1/4 mile once in the G3 Prix Gontaut-Biron in France. But Century Dream has others in his dam family that will make the distance more reasonable.

Race 12: G3 Pucker Up S---- 3 YO Fillies-- 1 1/8 Miles Turf---- Purse $100,000.
My final WP pick will be 7)Madame Milan(20-1). Her dam, Ville La Rouge was the dam of ill fated Ky Derby winner Barbaro. She has ran only on grass and has given a good account of herself except for her only stakes appearance when she hit the gate to get off last but made a good move to be beaten 4 lengths. Delacour is a native Frenchman and he has worked her like most trainers from that country works their horses. They usually only try to keep their horses fresh by giving maintenance breezes and save their best for race day.
8)Deadline(20-1) will be my choice to complete my exacta box. I simply like her dam's bloodlines and judging by her last start in the Ta Wee S at one mile on grass, she looks like she is starting to mature. Kenneth McPeek, is an above average trainer who gets over zealous sometimes, but looks like he has been patience with this one. He gave her a work since her last start, and she indicated she is ready.
12)Smart Shot(15-1) will complete my tri box. She is another that took a few races to figure things out, but she has won her last 2 races. She has three works since her last race, all good and gives the impression there is another move forward coming. Her sire, Skipshot never raced on grass though he is bred for that surface. All his wins came on all weather tracks in California, including the G2 Swaps S. Her broodmare sire, Smarty Jones won the 2004 Ky Derby & Preakness S before suffering his only career loss in the Belmont S when 2nd. However, his sire, Elusive Quality, is a known sire of grass runners and another son, Raven's Pass beat Curlin on the AWT at Santa Anita after winning several G1 in Europe.
I will box a super in here and will use 10)Secret Message(12-1) to complete that box. All she needs is to learn how to break better and she will be tough to beat. Her trainer, Graham Motion, has elected to give Irad Ortiz, Jr another shot at getting her to settle in the gate. Her sire, Hat Trick is a son of Sunday Silence and his foals usually shows speed from the gate. Her broodmare sire, Gone West, and sire of her 2nd dam, Unbridled's Song, also showed good speed leaving the gate, so it is only a matter of time before she will also.
 These are my picks. I think I will make some good money but I always think that. It mainly comes down to track conditions and who likes or dislikes the surfaces most.

My 2018 Ky Derby Picks With Comments.

Read all of our betting coverage for the 2019 Preakness Stakes with odds, analysis, weather, picks and more for Saturday's race at Pimlico in Baltimore, Maryland. The Preakness 2019 Odds: Expert picks, favorites, draw, betting info . The Preakness 2019 Odds: Expert picks, favorites, draw, betting info . By Associated Press May 17, 2019 3:42 PM. NBC Sports is home to the 144th Preakness Stakes. Live television coverage of the race, The 2019 Preakness Stakes begins on Saturday, May 17 at 6:48 p.m. ET at Pimlico Race Track in Baltimore, Maryland. Sean Zerillo power ranks the horses based on their betting value, including contenders, longshots and fades. The Preakness post-position draw is Wednesday, May 15, and Preakness oddsmaker Keith Fuestle will set the odds immediately after the draw. The field is limited to a maximum of 14 starters, but the only years the Preakness starting gate was filled to capacity were 2011, 2005, and 1992. Preakness Stakes odds and betting strategy. The gambling strategy for the Preakness Stakes has some interesting challenges. Firstly, the makeup of the field isn’t truly known until after the running of the Kentucky Derby. And the running of that race, it will have huge implications on the betting odds for the Preakness.