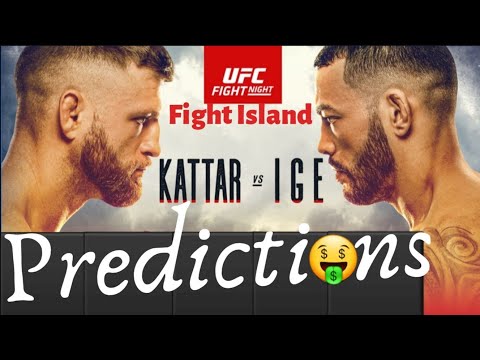 I heard you like rematches. Well then you’re in for a treat. Saturday brings us UFC 168, headlined by one of the biggest rematches in UFC history at an event that promoter Dana White hypes as the UFC’s biggest ever. Chris Weidman and Anderson Silva will square off in an immediate rematch to determine if Weidman’s first victory was a one-time occurrence or if he really is the better fighter. The co-main features another championship rematch between the face of women’s MMA, Ronda Rousey, and her less-than-best-friend Miesha Tate.
Here you will find a basic primer for new and casual fans, as well as collection of links and useful information for the fans of any degree. Check the comment section to find the post continuation for "How to Watch" information, etc.
Check out the end of the year mmatournament for a chance to win some original MMA artwork.
 Event Date: Saturday, Dec 28, 2013
Location: MGM Grand Garden Arena, Las Vegas, Nevada

All odds taken from Bovada at time of post. Visit the link to view fractional (UK) and decimal (AU) odds.

Chris Weidman (Champion) vs. Anderson “The Spider” Silva (Challenger)
"Tale of the Tape" Fighter stats
Recently crowned middleweight champion Chris Weidman defends his belt against its former owner and former number 1 pound-for-pound fighter Anderson Silva. The two first met at UFC 162 in July of this year, where Weidman handed Silva his first loss since 2006 and first ever loss by knockout.
The second round knockout over one of the greatest fighters of all time shocked the MMA world. Few predicted such a dramatic finish despite Weidman entering the fight with the narrowest betting odds for one of Silva’s opponents in several years, and with many of his fellow fighters favoring him for the upset victory.
The nature of the Silva’s loss sparked a barrage of allegations from fans and media that ranged from questioning his motivation to accusing him of intentionally throwing the fight. The showmanship and provocation inside the cage that has become a staple of Silva’s fights was believed by many fans to be his downfall. Perhaps the single most discussed subject leading into the rematch is whether Silva will once again taunt Weidman in an effort to draw him into his own game, play to the audience, or both.
Silva remains enigmatic as always in his interviews, maintaining that the loss had nothing to do with his in-cage antics and claiming he doesn’t plan any significant changes in the rematch. He attributes the loss to “basic mistakes” and enters the rematch with what appears to be a reignited motivation to win that may have been waning in recent times.
Weidman stated prior to the first fight that he was willing and expecting to have an immediate rematch with Silva if or when he beat him at UFC 162. At the post-fight press conference he never wavered from that willingness, and one week later Silva had signed on to the rematch himself. Leading up to the first fight, Weidman was coming off of an extended layoff due to shoulder surgery, and also experienced the loss of his home to Hurricane Sandy. He admits that those issues had an effect on his performance, and expects to step into the cage as an even stronger competitor this weekend.
Dana White has stated that Vitor Belfort is next in line for a title shot against the winner, barring the possibility of something “crazy” happening. If Weidman wins, that will undoubtedly be the next fight. Silva on the other hand has been talking about his desire to fight famed boxer Roy Jones Jr. in a boxing match long before his first fight with Weidman at UFC 162, and hoped to do so with a win that night. The loss brought discussion of those plans to a temporary halt, but Silva maintains his interest in that boxing match. White has said he is open to discussing the proposed fight, but any future plans are limited to that statement. Either way that potential matchup may take a backseat to Silva fighting Vitor.
Edit: Silva also mentions in his pre-fight interview linked below (which came out after writing this post) that retirement is an option after the fight, but he is known for just messing with the media and being obtuse. There could be truth to it, or it could mean nothing.
Referee:
Veteran ref Herb Dean draws main event duty. The announcement of the assignment was almost unanimously well received by mma. Dean is considered one of the top refs in MMA. He also was the third man in the cage when Weidman and Silva first fought at UFC 162.
Judges:
Chris Lee, Patricia Morse-Jarman, and Junichiro Kamijo will judge the main event. All three judges are in the top 15 for most fights judged, according to MMADecisions.com
Media:
Fights
Technical Breakdowns:
Headlines:

“Rowdy” Ronda Rousey (Champion) vs. Miesha “Cupcake” Tate (Challenger)
“Tale of the Tape”
The co-main event features another rematch, with another title on the line. Similar to the Weidman vs. Silva matchup, the roles are reversed for the competitors here as well. However, the fight timeline and circumstances of this meeting are quite different.
In March, 2012, Rousey and Tate met for the first time in the now defunct Strikeforce promotion. Rousey successfully submitted Tate by armbar in the first round to take the belt and dislocated Tate’s elbow in the process. At the time it was Rousey’s 5th victory of her MMA career, and 5th first-round armbar submission. Since then she has continued this trend two more times before facing off against Tate again.
The rivalry between the two women dates back to before their first fight. It didn’t look like they would cross paths again so soon after Tate lost a number 1 contender fight against Cat Zingano to determine Rousey’s second title defense as the UFC’s bantamweight champion. Zingano and Rousey were selected to coach opposite each other on the UFC’s The Ultimate Fighter reality show with plans to fight afterward, however, a knee injury forced Zingano out of the fight and coaching job. This paved the way for Tate as a replacement, given the ease of promoting the rematch between the rivals and the reality television appeal of the matchup.
Tate admits that she went into the first fight too emotionally charged due to her dislike of Ronda, which she believes hindered her performance. Ronda says she is ready to finish Tate again and close the door on their rivalry, which is more personal than competitive in nature. She is confident that she has made significant improvements since they first fought, at which point she had done very little full-contact MMA sparring.
Media:
Fights
Technical Breakdowns:
Headlines:
 Continued in comments...

Ways for 'The Notorious' One to win... Written, after discussion with another MMA fan, Cian O'Connell.

Get a detailed breakdown of the betting lines for UFC Fight Night 168, which is set to hit Spark Arena in Auckland, New Zealand, this Saturday (Feb. 22, 2020), including best bets, underdogs Let’s get to our betting odds and predictions for UFC Fight Night 168. Angela Hill (-190) vs Loma Lookboonme (+165) Wow, it is very very cool to see a Thai woman fighting in the UFC. I’m not for sure but I’m almost certain that Loma is the first female from the Kingdom to compete inside the Octagon. Love it. The UFC heads to the antipodes for the first time in 2020 this Saturday night as UFC Fight Night 168 emanates from Auckland, New Zealand. Headlined by a high-ranking lightweight clash between New Zealand’s own Dan Hooker and ‘The Irish Dragon’ Paul Felder, UFC: Auckland looks set to offer up some exciting match-ups, albeit between fighters under the more mainstream radar. UFC Fight Night 168 odds, predictions: MMA insider enters picks for Felder vs. Hooker, Crute vs. Oleksiejczuk Kyle Marley just locked in UFC Fight Night 168 picks for every single fight. UFC On ESPN 14: ‘Whittaker Vs Till’ Predictions UFC on ESPN 14 predictions, preview for "Whittaker vs. Till" main and co-main events on Sat., July 25, 2020 on "Fight Island" in Abu Dhabi, UAE.